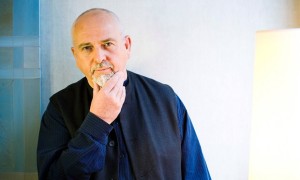 Whether releasing sadness or sending shivers down our spines, the songs in our ‘emotional toolbox’ can transform daily life … if we learn how to use them

Music is so much a part of almost all our lives that it seems peculiar to stop and ask what it might be for. It just appears straightforwardly to benefit us in ways that are too diverse and ineffable to start to take apart; this might be one arena where we keep the dread hand of the theorists away. Musicians themselves have tended to reinforce such an approach, rarely venturing to supply an additional prose commentary around what their chords are already communicating.

Yet a clearer handle on the theoretical role of music may at times enhance rather than impoverish our capacity to appreciate music. Knowing what music does for us can give us a sharper sense of which of its varieties we might be in particular need of, why and when. One musician who stands out in the cultural landscape for his profound engagement with the theory as well as practice of music is Peter Gabriel – and what seems especially striking are his repeated pronouncements that music should, to quote his distinctive formulation, provide us with “an emotional toolbox” to which we can turn at different moments of our lives, locating songs to recover, guide and sublimate our feelings.

For example, in explaining the origins of I Grieve (a song which appears on his album Up), Gabriel remarked that he had been driven by a wish to create a song that would help people with the mourning process. The song has gone on to become a standard at many funeral services, a part of our informal collective secular liturgy. The reason is that the song both knows how to release our sadness and yet also channels and contains it. It creates perfect conditions for a catharsis. As psychologists will explain, the grieving process tends to be beset by two dangers: that it cannot begin, or that it will not stop. In this context, I Grieve performs a double manoeuvre for us. It starts with what sounds pure lamentation. The tone is utterly dejected. The loved one has only just breathed their last:

But after several of these tragic verses, there is a shift, subtle and then ever more insistent, towards a note of cautious redemption. Gabriel begins an incantatory repetition of the lines:

We are urged to accept the constant dispersal and redistribution of energy across the planet.

We know all this, of course, at a theoretical level. But it is quite a different thing for music to remind us of these lessons in its distinctive emotional idiom. The philosopher Hegel argued that music is so necessary because it rehearses in the language of the body concepts and truths we are in danger of losing touch with when they reach us only through our rational faculties. Music is, he said, “the sensuous presentation of the crucial ideas”. We may – for example – know in theory that keeping going is important, but it can take a song like Don’t Give Up (from Gabriel’s So) to turn a cliche into an effective call for redemption.

At another point, when speaking of his intentions behind Sledgehammer, Peter Gabriel approvingly quotes Nietzsche’s line that art is a mechanism which takes “an icepick to the heart”. In other words, there is a role for music in opening up channels of feeling that have become dammed by habit, caution, excessive individualism, or the demands of daily life. In his book The Birth of Tragedy from the Spirit of Music (1872), Nietzsche described two opposing forces at work in our lives. The first is the pull of the Apollonian ideal, named after Apollo, the god of the sun, order, light, and knowledge. The other, opposing force he termed the Dionysian, after the Greek god of wine, chaos, irrationality and freedom, Dionysus. Nietzsche believed that both forces were highly necessary in individual and collective life: we need to be thoughtful and sober, yet open to the instinctive and the irrational – and it is by combining these two ideals that we stumble towards maturity. This is why music and dance have such importance for Nietzsche (“Without music, life would be a mistake”); they provide us with a setting in which the neglected parts of our personalities can be rediscovered and reconciled. The ‘shiver down the spine’ we feel at points in music are encounters with our suppressed longings for forgiveness, reconciliation and harmony – returning to us with an alienated majesty.

The great musicians – and Gabriel is among the very best – stock our emotional toolboxes with what we most need to endure life’s journey. Though they don’t always say it themselves, they are in the very best sense the therapists of our souls.