In Gramophone’s June 2017 issue, Kate Molleson reports on how the ‘classical’ music label is proving outdated for many of today’s creative artists and speaks 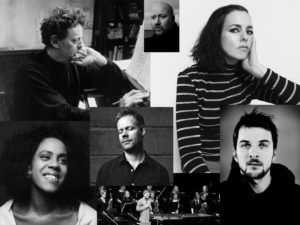 to several musicians for whom the whole notion of genre is entirely irrelevant. Generic labels have always been more widely used by listeners, retailers and record companies than by musicians themselves (no musician wants to be put in a box!), and the artistic integrity of the experimentation and intermingling of musical traditions by many of today’s artists leaves all memories of ‘crossover’ far behind.

As Molleson says: ‘I’m not talking about crossover or fusion. Naff appropriation has been part of the music industry for centuries – plenty of Romantic composers plonked folksy songs into their music, but for the most part they plundered material out of published anthologies from the safety of their armchairs, and the complicating contours were smoothed out, prettified, made polite and assimilated into an acceptable language of formal composition. Porous boundaries between genres are only interesting when respect for and integrity of both genres is upheld.’

In the course of the article, Molleson speaks to composer Anna Meredith, conductor Ilan Volkov, violinist Pekka Kuusisto, and harpist Rhodri and violinist Angharad Davies. Below is some of their latest work, but there are many, many musicians and composers worth investigating, so I’ve added a few more…

In the 1960s and early ’70s Glass found – along with his contemporaries Steve Reich, Terry Riley and La Monte Young – an audience for his music outside of the traditional classical concert halls and venues, and instead performed with his own group of musicians in art galleries, loft apartments and other unorthodox performance spaces. The diversity of Glass’s output (several Oscar-nominated film scores, operas, symphonies) and the popularity of his music, mean that he remains – at the age of 80 – a huge influence over many of today’s composers and musicians. He recently played at an 80th birthday concert alongside Patti Smith, Laurie Anderson, Iggy Pop, Sufjan Stevens and New Order.

Muhly served his ‘apprenticeship’ (after studies at Juilliard) as Philip Glass’s assistant but has gone on to become one of the most popular and adventurous composers of today. His new opera – called Marnie – is due to premiere at ENO in November 2017.

Anna Meredith’s album Varmints, was released last year. Meredith was Composer in Residence with the BBC Scottish Symphony Orchestra from 2004-2006 and wrote Froms for the Last Night of the Proms in 2008. But her own musical interests extend far beyond the classical concert hall, as ‘Varmints’ makes abundantly clear in its freewheeling, intoxicating hedonism.

It was his fourth solo album ‘For Now I Am Winter’ (a live performance of which you can enjoy in the video above) that really put Arnalds on the map. In his Gramophone review of the album, Pwyll ap Siôn wrote: ‘Sometimes a recording will come along which possesses such vitality and strength of purpose that it forces one to look at contemporary music from altogether new perspectives. Ólafur Arnalds’s “For Now I Am Winter” is such a recording.’ Other notable projects include writing the music for the TV series Broadchurch (for which he won a BAFTA Award), his collaboration with Alice Sara Ott (‘The Chopin Project’), and 2016’s ‘Island Songs’.

Violinist Pekka Kuusisto has recorded several ‘core’ repertoire works, such as Sibelius, Bach and Mozart violin concertos and Vivaldi’s Four Seasons, for the Finnish label Ondine. He is also the Artistic Director of Our Festival, which ‘seeks new perspectives on musical encounters and concert practices, with a view to giving the audience an experience that is simply not available elsewhere.’

Conductor Ilan Volkov founded the Tectonics Festival, which now offers events in Reykjavik, Glasgow and Adelaide, with the aim of reinventing the classical concert experience, and reimagining the orchestra itself. His recording of Britten’s Piano Concerto with Steven Osborne and the BBC Scottish SO, meanwhile, won the Gramophone Concerto Award in 2009.

Wallen’s musical output is exceptionally diverse, ranging from jazz to opera and chamber music. When she founded Ensemble X, she did so under the motto: ‘We don’t break down barriers in music – we don’t see any’. Her debut recording, ‘The Girl In My Alphabet’, is the perfect place to start exploring her sound world. In his Gramophone review (2002), Guy Rickards called that album ‘a brilliant portrait disc of a composer with a very clear focus yet still expanding her range.’

Pianist, composer and producer Nils Frahm is perhaps most famous for his solo piano works and for his live album ‘Spaces’ in which he embraces electronica. He made his BBC Proms debut in 2015 performing alongside A Winged Victory for the Sullen, the ambient music duo consisting of Dustin O’Halloran and Adam Wiltzie.

Conductor André de Ridder’s broad-minded approach to repertoire has led to his involvement in everything from Max Richter’s Vivaldi Recomposed and Damon Albarn’s Monkey: Journey to the West to Gerald Barry’s The Bitter Tears of Petra von Kant at ENO. He is also the founder of Stargaze, a pioneering contemporary music ensemble that frequently collaborates with experimental artists from all musical backgrounds.